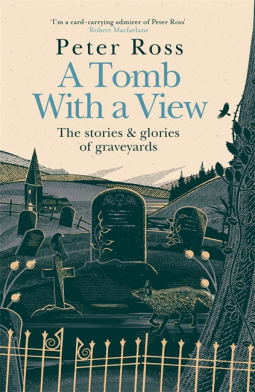 Thanks to Headline and NetGalley for the Advance Review Copy in exchange for an honest review.

I was so excited to read this book after hearing about it on social media. I’m really interested in graveyards and burial spaces. I don’t care if that sounds weird because it’s actually not. We are all going to die and it’s something we need to face and think about.

If you read a lot of nature writing you can think of this book as being quite similar but about graveyards. There’s factual information interspersed with philosophical ruminations on life, death and everything in between but it doesn’t ever really descend into woo woo esoterical nonsense which I personally really appreciated.

One of the things I liked about this book was the focus on the lesser known personages. Usually books of this ilk focus on the rich and famous but I really liked the insight into the lives of some of the “ordinary” people from history.

That said, sometimes I think the focus was too much on the living and not the dead. Sometimes the pacing just felt a bit off and some sections seemed unbalanced. The section on the Troubles for example felt really out of sync with the rest of the book and I think the main message of the book was lost a bit during this section.

More international examples would have been nice too. There’s such fascinating death traditions from around the world and although it would be impossible to include everything, I think the book might have benefited from a broader scope.