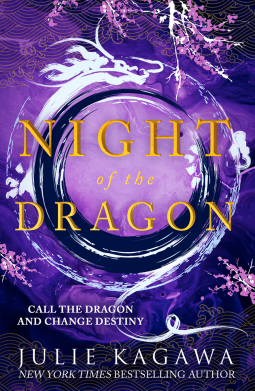 Thanks to HQ and NetGalley for the Advance Review Copy in exchange for an honest review.

I’ve really enjoyed this series and was excited to read the final book in the trilogy. It’s guilty of being a bit trope-y at times but it is YA after all and it’s a hell of a lot of fun with it, so I’d say it gets a free pass.

Some of the action scenes and characterisation can feel a bit similar to those found in anime and JRPGs – there’s the gruff ronin, the bishie, the pure maiden, the angsty hot guy and the earnest anthromorphic girl. I’m not saying that’s a bad thing, but it might seem a bit tired to readers who have reached saturation point with these kinds of characters.

Kagawa is one of those rare YA authors who takes genuine risks with her characters which is rather refreshing as someone who reads a lot of these books. Knowing you can’t bank on anyone to come out of things unharmed adds a level of frisson and anxiety which kept me guessing until the end.

If anything, there was maybe TOO much action in this book and there were times I was left feeling like I wanted something meaningful to happen and for the characters to have a conversation about something…anything! There was also quite a lot of faffing around with the penultimate event of summoning the dragon and I was left thinking “ffs guys can we just hop to it please?”

As with the first two books in the series, the Yokai are the coolest thing in the books. I wish there had been more featured in this instalment, but I can also understand not introducing a bunch of new characters in the final book in a series.

This is also pretty much the only book series that I forgive for having random foreign language words spattered throughout the text. Is it because I speak Japanese? I say forgive but I don’t think I ever want to see “kuso” written in English ever again.

The ending was satisfyingly epic and I even blubbed a bit as I did get rather attached to these characters.

Seems like I’m criticising but I’m really not, I actually really enjoyed this series and would definitely recommend it to others. Readers interested in Japanese culture will really enjoy these books and they are a lot of fun too for those less familiar, I’ve certainly enjoyed the ride.