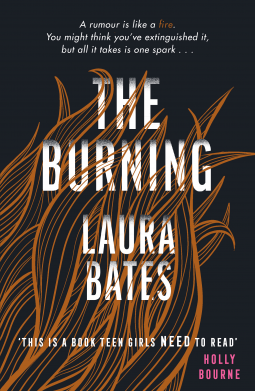 Thanks to Simon and Schuster UK and NetGalley for the Advance Review Copy in exchange for an honest review.

When I heard that Laura Bates of Everyday Sexism was writing a novel, I was really excited to read it. Her work is often discussed in the school in which I teach and the website and Twitter feed are used by pupils when looking at issues around sexism, social media, gender bias and peer pressure. I was keen to see whether a fictional approach would be able to tie in with the topics we’ve explored already.

The novel follows the story of Anna, a teenage girl newly moved to a small seaside village in Scotland. Anna has moved from Birmingham due to some past events although we don’t find out what transpired until further on in the story. As someone who grew up in a small village in Scotland, I think Bates did a great job and capturing the often quite parochial attitudes and behaviours of people in small villages such as the one in the book. Anna is a city girl transported to what is essentially another world compared to what she is used to and this was portrayed very realistically.

At her new school, Anna quickly discovers that things are not so very different to what she is used to. She still has to run the gauntlet of being a teenage girl and Anna faces issues that will be familiar to many past and present young women, namely: toxic masculinity, peer pressure, the perils of social media, double standards between the behaviour of boys and girls and the casual acceptance of sexual assault. The book also touched upon more subtle issues such as boys silently accepting the behaviour of their friends but being nice when they’re on their own. Didn’t we all know boys like this at school?

This book also felt very British, it felt very familiar to me as someone who has attended and taught at British schools. The realities of school life will be familiar and relevant to teen readers currently at school.

There is also an extra thread running through the novel that follows the story of Maggie, a local girl burned as a witch in the 1600s. The parallels between a literal witch hunt and a figurative modern witch hunt was a clever way to exemplify how little some things have changed with regards to attitudes towards women.

I’m not one for trigger warnings but some parts of this book did make me feel quite anxious. When Anna is feeling overwhelmed with everything I really felt for her so it’s worth considering the impact it might have on you if you have experienced some of the issues I mentioned earlier in my review.

My only small niggle was that the sheer amount of issues explored made it seem a bit oversaturated sometimes and some of the issues weren’t able to be properly explored. That said, many of the readers reading this book sadly won’t need them explained to them – they are all too familiar with them already. The supernatural element was perhaps unnecessary and I felt it could probably have been achieved by the use of diaries or historical accounts instead.

Overall a very good book and one very relevant to teens today, of all genders. I’d recommend this book to teachers, youth group workers, parents and anyone who works with young people.