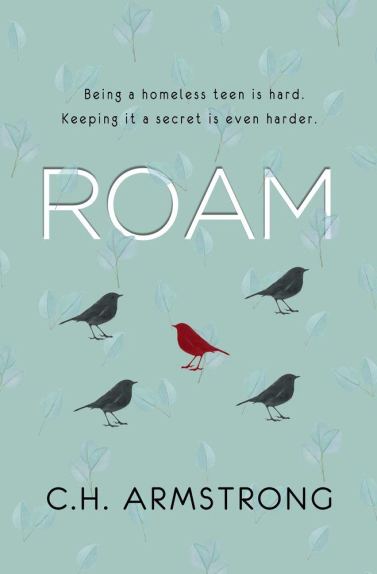 I was lucky enough to get an advanced reading copy of this through Netgalley so thanks to the publishers for giving me the opportunity to review it.

This is a story about a girl who has seemingly lost everything. Her friends, her home, her old life. It’s quite rare to see the realities of homelessness written about, let alone with the focus being on a young girl so this was a refreshing read.

This book hooked me from the start with its realistic dialogue and representation of family dynamics. The relationship between the family members is one that many young readers could identify with and it’s refreshing that the stepfather isn’t the bogeyman as they so often are in Young Adult literature. Throughout the book there were examples of interesting, fleshed out characters that made some attempt at representing diversity without feeling shoehorned in the narrative for the sake of it.

As a teacher, this book offers a number of thought-provoking themes to explore; the liberating power of forgiveness, the need for humanity and empathy in our daily lives and the shocking ease in which our modern, comfortable lives can fall apart in an instant.

Reading this novel there were many things reading this novel that, based on previous Young Adult novels, I expected would happen which thankfully didn’t. This is a testament to the skill of the author in presenting a story different from the norm. My only (small) criticisms would be that the villain of the story is a little cliché. We’ve seen this girl many times in Young Adult literature and maybe it’s time to give this character a rest. I think the story itself could have managed without her, as surely the real villain is the lack of safety net that exists for families fallen upon hard times. The pop culture references, although identifiable to the contemporary reader, will quickly age which could impact the novel’s usefulness were it to be an assigned reading text in schools. The main character can every so often begin to wander down the path towards Mary Sue territory but thankfully doesn’t quite make it there.

Overall, this was a refreshing and thought provoking read which I would absolutely recommend to young people and to educators as a means of introducing the topic of homelessness and social injustice and inequality.

In more general reading news, I’m still trying to slog through The King Must Die by Mary Renault. I’m having mixed feelings as Theseus is a rather unsympathetic character in my eyes and it’s a bit of a turgid read. Perhaps I’m reading it through the eyes of a modern feminist but even though the novel is written by a woman, the female characters are portrayed rather poorly. It’s a shame because the small glimpses we have of them are compelling. I’m only about 50% in and we haven’t met Ariadne yet so looking forward to being proven wrong!